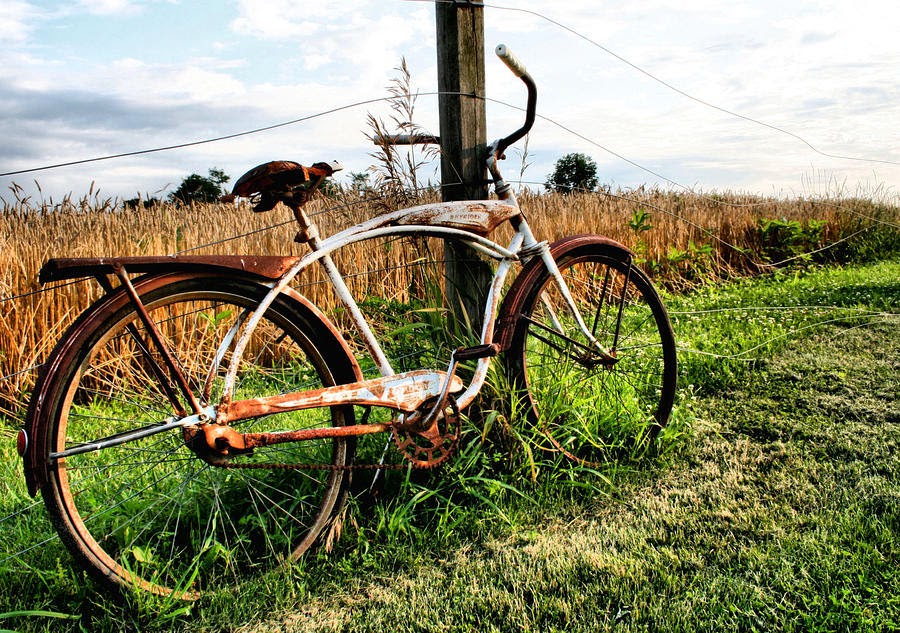 "Every new beginning comes from some other beginning's end." -Seneca

From the Old English beginnan meaning "to open," a beginning is defined as an act or circumstance of entering upon an action or state. Example: "It was the beginning of her life."

The formal definition is as important as the informal. Informally speaking, we tend to think of beginnings as the point in time in which something starts. Beginnings, however, result in an end. We need endings to create new beginnings.

Hopefully I have not confused you yet. Stay with me.


To illustrate why an end is important to a beginning, I am going to tell you a story. Think of it as a metaphor - I believe you can make the connection on your own.

When I was 13, my family moved into city limits after 7 years of living in the country. After having lots of space to roam, it was an adjustment to be surrounded by neatly clipped lawns and rows of perfectly planted flowers. While Robert Frost may have believed that "good fences make good neighbors," I missed the open space of living in the country. But, as all imaginative young people do, I improvised.

My family's new home in town was near a bike path that winded along a nearby river. When my cousins or friends came to visit, we would hop on our bikes and ride on this bike path through the wooded trees. It was the closest I could get to the endless trees I had previously known growing up in the country. I was free again, riding my bike through the dappled shade of the river path, if only for a little while.

My cousins once visited and as always, we went biking around town. It had just rained, the sky a mottled dark indigo and cerulean. Undeterred by the wet surroundings, we took our bike path as always.

We did not realize it initially, but the path (thanks to the rain and dirt) had become a mud bath. Too late, we discovered the only way out was through. Shrieking hysterically, we pedaled faster and faster, kicking up mud and splattering it everywhere. Once we reached the end, we laughed even harder as we looked at each other. Our clothes were covered in huge chunks of mud. We had splatters of dirt on our faces. In essence, we looked like creatures from the black lagoon - a walking disaster.*

We began that bike ride not knowing what would come of it. We quickly learned as we progressed further along our path that to turn back would be pointless, so we kept going. It made the end more obtainable, and on our next bike ride, we learned from the experience. It gave us an opportunity to create a more desirable beginning for our ride, so the end would have a better result.

Ultimately, new beginnings are much like that bicycle ride of long ago with my cousins - we do not always know their origin or what will come of them. We learn that life is much like a bicycle ride, discovering how territory can change in certain conditions and how to react to those conditions. I learned to avoid my favorite bike route on rainy days, which encouraged me to seek out a new route. My new route became a new beginning that had an equally new end in a new place. As Seneca once said, "Every new beginning comes from some other beginning's end."

New beginnings can be many different things. For me, today is a new beginning: the beginning of a new school year. It is one that I am looking forward to, as I know it will be different from all my previous years. Do not be afraid of new beginnings, whatever the conditions. Make your bicycle rides worth every moment.

*I don't think I've ever seen my mother so upset about how muddy my cousins and I were. We were not allowed to step foot in the house until we drenched ourselves, clothes and all, in the yard to wash away the buildup of mud. That's how bad it was. My cousins and I decided it made for a good memory and a good story, one that we still retell to this day.

Posted by Olivia Edwardson at 9:12 PM