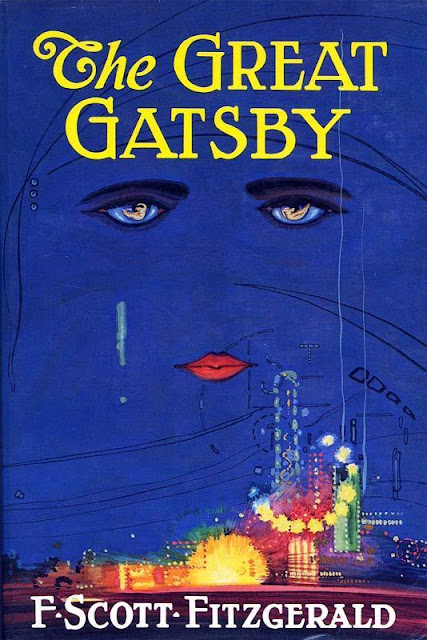 It eluded us then, but that's no matter — tomorrow we will run faster, stretch out our arms farther . . . And one fine morning — So we beat on, boats against the current, borne back ceaselessly into the past.

It is time for some new content here on Certainly Candid. Just as I did my 30 Days of Gratitude last November, I have decided to start a new series of posts. I feel that the classics do not get the recognition they deserve, and as such, these are spotlight posts. They represent my favorite classical literature pieces, either in the form of a dramatic work, a novel, or a short story (or collection of short stories).

The Great Gatsby is one of my favorite novels. F. Scott Fitzgerald paints a picture of a man who is lost in the illusion of the past and dreams gone by. It is a story of both idealism and realism, of the goal of trying to obtain things we are haunted by from our past.

Every summer I pull my dusty copy off the shelves of my room, knowing that it is not summer until I have reread the novel that I love so much. It is hard to explain why it is one of my favorites. It is not a happy story by any means. After all, Jay Gatsby dies in the end, a result of his dreams gone awry and taking a fall for the woman he loves but cannot have.

From the moment the story opens, Jay Gatsby is a mystical character (indeed, he is not actually present until chapter 3). We learn of Gatsby through the narrator of the novel, Nick Carraway. Nick is Daisy's cousin and a portal between the two individuals. I love the novel for the contrast that Fitzgerald portrays: two seemingly different characters, united only by people and circumstances rather than commonalities. Nick has a difficult time forming an opinion of Gatsby, floundering between admiration and distaste. He seems to scorn the fact that Gatsby is intent on recreating the past; that Gatsby is blind to circumstance he soon finds himself in. But by the conclusion of the novel in the aftermath of Gatsby's death, Nick states:

Gatsby turned out all right at the end; it was what preyed on Gatsby, what foul dust floated in the wake of his dreams that temporarily closed out my interest in the abortive sorrows and short-winded elations of men.

Fitzgerald has some very spectacular and thought-provoking quotations in this novel. I've read some of his other works that are excellent, but in my opinion, they do not hold a candle to The Great Gatsby. I have so many favorite parts in this novel, but I will leave you with a final third quotation to mull over.

He smiled understandingly — much more than understandingly. It was one of those rare smiles with a quality of eternal reassurance in it, that you may come across four or five times in life. It faced — or seemed to face — the whole eternal world for an instant, and then concentrated on you with an irresistible prejudice in your favor. It understood you just as far as you wanted to be understood, believed in you as you would like to believe in yourself, and assured you that it had precisely the impression of you that, at your best, you hoped to convey.

Until tomorrow with my next literature spotlight, dear readers.
Posted by Olivia Edwardson at 6:52 PM