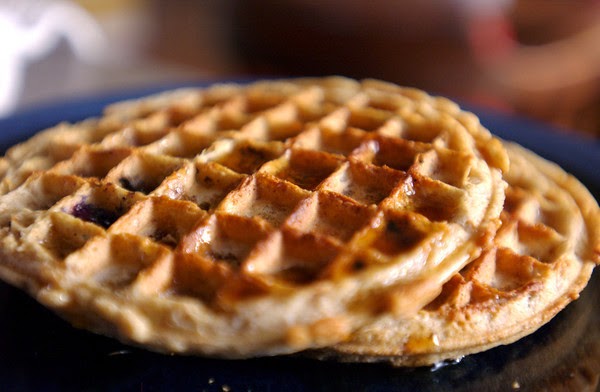 I'm sure some of you are now thinking, yes, Olivia has officially lost her marbles - and at such a young age too. After all, the first post in over a month, and she starts out with toaster waffles?! But wait! Let me explain!

This week started out like any other. Sunday came and went uneventfully. I cleaned. I read. I cooked. No fuss. But then came Monday. Normally I have nothing against Monday. If I could, I'd start a TGIM (Thank God It's Monday) campaign - Monday doesn't get the recognition it deserves. But Monday came, and life got chaotic. Busy. Stressful. More so than any Monday I remember in the past 3 months. Let me tell you I rarely have a bad Monday, or a bad week for that matter. I'm told I'm a very cheerful person, and that comes from more than 5 reliable sources. So I thought, it's okay, after all, tomorrow is Tuesday and Tuesday is better.

Nope. Tuesday brought more of those things. Wednesday became a continuation of those things, with the promises of today, Thursday, being bleak at the time.

But rewind for a minute. Wednesday, however, brought the waffles. The toaster waffles. There's nothing like some stress eating at 10:00 at night (after working in a frenzy and realizing belatedly you missed supper) to remind you to enjoy the little things while they count. And oddly enough, those simple toaster waffles got me out of my gloomy and stressed mood, giving me new purpose to accomplish everything today that needed to get done. Even though I'm not quite back to my normal, chipper self yet, I know I will be tomorrow, because hey! It's Friday!

Maybe for you, the toaster waffles represent something else. Going for a run. Reading a book. Chocolate. Coffee. Anything, really. Whatever it is, on the bad weeks, remember to find some simple joy in the toaster waffles. I know I did. No matter the problem, a little time, perspective, and those little things will make everything better in the end.

Now only if TGIM would catch on. But that's a post for Monday. :)
Posted by Olivia Edwardson at 8:56 PM